Winter Issyroo Experiment
Part 1Here are some pictures of our new hybrid aquaponics rig going in.  Right now some conventional potted plants are on the stand, but by tomorrow evening we will have the unit all but completed.  It combines soil enrichment techniques, aquaponics, and vermicomposting in a small space and sports automatic controls.  Plant, cull, feed and harvest will be the only tasks, and these are vastly simplified.

The first crop will be lettuce, radishes, and spinach with crops in  parallel bins on the shelves above and below.  bear in mind that the room these are in varies from 5-30C, just as a winter time greenhouse would.  Other test objectives include:

1. Test the effectiveness of the LED full spectrum lights (7W draw!) as grow lights, comparing these to the sunlight coming in the south exposure window behind the rack.

2. Test the hybrid soil enrichment techniques, aquaponics, and vermicomposting system on a small scale before deploying a similar system in an enclosed greenhouse (scheduled spring 2015).

3. Build and program the control system which will allow nearly unattended operation.  The system is intended to be transparent to the growing operation, only requiring the human touch on the plants.

4. Create a fully documented, scalable, and open design which may be replicated allowing apartment dwellers to grow a fairly substantial amount of food in a very small space with minimal expense and effort.

Yes, you read that right…  this is to be a fully documented open hardware project!  Stay tuned for updates both here on G+ as well as issyroo.org,

PS. Dear stoners… this project will be vastly disappointing to you.  Even though I live in Colorado, I don’t grow or use pot.  This is not to say these techniques won’t work for it, but I just don’t know and I won’t be finding out.  I don’t have anything against Cannabis, but we do Federal and State contracting and subcontracting.  I must test clean, and abide by federal laws.  Besides…  It’s just not my cup of tea… more for you! 🙂 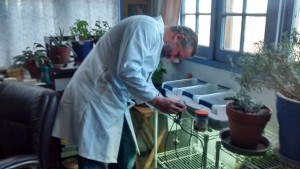 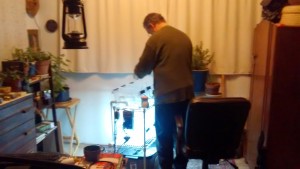 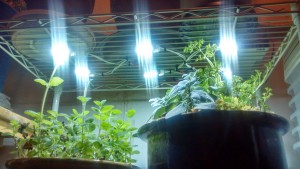