Today we are working on a grant to fund our Plant Respiration Project that is presently on ODE. This grant is through SpaceGambit  We learned of the grant through Mach 30. If we can complete the application and receive funding, we will start one of the first projects that came from discussing and wargaming the novel Issyroo.

This involves studying the respiration rates of plants. Once we have a test apparatus that gives us the data, we can make much better decisions on the kinds of plants necessary to survive in space or on Mars.While we know that it takes about 400 plants per person per year to provide oxygen to survive, we have no clue as to what plants will work for oxygen and food production. As we’ve discussed before, there simply isn’t enough data out there. Hence the plant respiration project.

The project was the brainchild of a late night discussion on Google+ with a bunch of Mach 30 and maker space members. The realization that no one had tested food plants astounded us. It gave a major plot line to the story as well as made Aaron and I think about whether or not we could do this.

While major science experiments are usually the purview of the scientific community, we wanted to do something that the ‘common man’ could do. That students in high school or the avid gardener could accomplish. We realize that if we are to become a space faring civilization, we must have mixed facets of society involved, and not just the military, scientific or educational communities. We need to include the dreamer, visionary, gardener with dirt on their hands and the social engineers that lurk under the guise of grandparents or loving family. It has to be a mix of people. Moreover, it is our belief that the major occupations of humanity in space or on other worlds will be life support and agriculturalists. Scientific exploration may only comprise 10-20% of those involved. The rest will be involved in keeping the colony alive. This means we must understand the symbiosis of humans, plants and atmospheres.

It is this experiment about plant respiration, which may lead to better understanding of extraterrestrial agriculture, that we hope to fund via SpaceGambit.

An experiment. We are looking at what can be done to expand our knowledge base when it comes to space exploration, gardening and life on Earth. While we are literally starting in our own back yard, we have dreams of expansion. Some of those dreams include seeing a branch of Issyroo Farms on Mars or the Moon.

A dream. We want to see our civilization be able to move off planet. To stretch beyond this Big Blue Marble. In order to do that, we have to look at all the possibilities. We have to dream. We have to think big. At the same time, we want to improve things on Earth. For as one person put it, we are already in space and our space ship is the planet Earth. We need to change our attitudes about Earth and how we treat it. 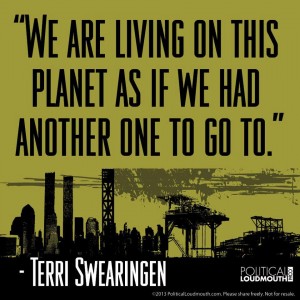 It’s about having fun as well. Science can be drop dead boring, and we are doing our best to have fun. Yes. Get dirty. Eat weird things. Play with electronics and ‘mad scientist gear’.  Why? Because we can! 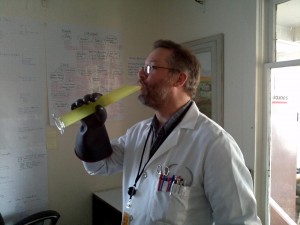 It’s about living as well. Taking ideas and conversations and pulling the best information together until we have plans that work or ideas that grow into reality.

The Pioneer Mentality and the Realities of Space

With few exceptions, the entertainment and aerospace industries combined with modern literature, have done humanity a disservice. Extraterrestrial life and space travel are portrayed as clean, oddly sterile and devoid of the debris of life. Strife is a momentary issue. Everyone has a good lifestyle. The Mounties always ride to the rescue during a disaster. Genetics have weeded out obesity, learning disabilities, disfigurement and birth defects. Only rare throwbacks need glasses, hearing aides or heaven forbid, have mental issues. Life will be so much better in Space.

Or will it? Life in space will be life on Earth in a titanium can or tyvek dome. We can’t keep our planet clean. How will we manage on a ship? It will be dirty, gritty, full of individuals with weird personalities and strange mannerisms. By nature we are hoarders and pack rats. We want those small comforts that remind us of home and Earth. We don’t live in clean room environments, as the average human is host to over 10,000 different types of symbiotic organisms. We sweat, have sex, give birth, die and have other bad habits. Then there are the animals and plants we’ll need to survive. We can’t run home to Mother Earth every time the water tank empties or the air supply fouls. We have to learn to live in space with all the quirks that are inherently human. We have to be pioneers and deal with all the hazards, frustrations, excitement and giggles of life in space.

Dreams are powerful. They fuel ideas, projects and lives. The pioneer spirit was fueled by the dreams of people wanting to know what was beyond the next mountain range, across the ocean or even over the next ridge. While the days of covered wagons and crowds of people filling the port of Ellis Island are gone, that pioneering spirit is still with us today.

1957 saw the launch of Sputnik which ushered in an era of science and exploration. The National Aeronautics and Space Administration (NASA) was formed in 1958. President Kennedy declared on May 25, 1961, that “this nation should commit itself to achieving the goal, before the decade is out, of landing a man on the moon and returning him safely to the earth.” People concentrated on exploring the new frontier that was Space. The imaginations of people across the world were captured. Pop culture embraced it with books, TV shows, movies and games.  Business and education took a leap forward. Humanity became space-centric.

In the fifty years since Kennedy’s speech, the Space Program has had it’s share of ups, downs, disasters and successes. The International Space Station still has people in space and independent private industries like Space X, Virgin Galactic or Bigelow Aerospace have stepped up and are working with NASA and one another to continue the exploration of space.

The dreams of going to space grew quiet, but never died. New exploration on Mars with unmanned rovers and other unmanned space missions have rekindled the idea that there is something out there to explore. Private individuals are interested in space in record numbers. Groups such as Mach30, Maker spaces across the planet, Mars One, education entities, 100 Year Starship,  Space Advocates, and over fifty companies are all looking to see what they can do. 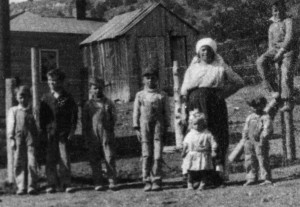 We are driven by the urge to explore. Our dreams are to contribute to space exploration. Just as my Great grandma Rose Sudar and her family dreamed of a new life in America, we dream about life on Mars or the Moon. To this end, we have been looking at what technologies are within our reach. What dreams can we make reality.