We have been so pleased with how well our garden has done. We’ve given away more produce than we’ve been able to eat or process. It’s been great. The pumpkins we thought would not grow have taken over rows in the garden with their long vines. The butternut squash has not been a prolific, but we have 3-4 ripening. Zucchini have been fantastic, as have the crook neck (two varieties) and the delicata. The tomatoes have exploded and we have all sorts of them growing. The few we’ve had ripen have been heavenly.

We’ve been making plans to expand the garden and add new veggies. Next year we plan to plant Fewer zucchini, acorn squash, cucumbers and eggplants, kale, onions, garlic, corn, green beans, pumpkins, tomatoes, radishes, and the wild variety lettuces. The pics below are of the Bee garden we’ve put in between the compost and the fairy patio. I’ll be taking more pictures this week.

These pics show the growth in the garden and some of the veggies we harvested.

Our garden is doing well. This year is a ‘bench mark’ year. Seeds vs starts. No fertilizer. Basic watering. (ie, an hour, no more, and not every day) We are trying to see just how good the soil is and what we can get out of it.

So far, things are going very well. Our radishes are huge! The spinach that survived the first weeding is doing well, as is the lettuce. We have squash everywhere! Funny bit is a few hills didn’t sprout, so we raked them out and planted new seeds. Well, we ended up with a lot of volunteers. We have harvested lettuce, spinach, radishes and cilantro. The herbs are doing well too.

We had a wonderful salad tonight.

In Huerfano County, we have a group, District O.N.E. which is working to bring fresh local produce from Farm to Table. They’ve started gardens across the city of Walsenburg, and work with LiveWell Huerfano County. Huerfano RE-1 has leased District O.N.E. 2 acres behind the high school campus for farming. A group of Permaculture interested folk will be converging on the land on June 18th to till and plant.

In the mean time, there have been some great articles in the news on Farm to Table and urban ag. This article out of Omaha is great.

District O.N.E. and Livewell Huerfano County are also holding a farmers market every Saturday in Heritage park, from 9 to 2pm. We had our opening day last Saturday, and they figured that they earned more money in one day than they did at any point last year.

We have begun to garden at my mom’s house. She has a huge backyard, and has given us full rein to do as we please, as long as the front is kept neat. While this is a temporary solution, we are continuing with our gardening experiments. We plan to build a cattle fence greenhouse and begin experiments with hydroponics.

First off, we spruced up the front beds with plants from the other house.

Once we got the front started, we began on the side garden area. Most of the transplanted plants have bounced back.

Then we started on the back yard. We tilled up nearly 500 square feet of the garden and as soon as it stops raining for more than five minutes, we will be planting. I planted kale, a lettuce mix, two kinds of onions and tomatoes on the side. The back will have squash, green beans, pumpkins, radishes and carrots.

We’ve lost our home.  Our agreement was terminated. We had to move as the new owner gave us two weeks. To say that we were in shock is an understatement, especially as we’d been told that the house and land was ours to use until we no longer wanted it.

So, we moved. Stuffed our life in storage. Dug up what we could of our gardens, and put all sorts of plans on hold. No more experiments, garden plans or anything else. Luckily we didn’t get notice a week or so later. If it had, we would have been deep in house construction and garden building.

We’ve moved in with my mom for a while until we can buy land. No more lease agreements. No more uncertainty about property. We are looking at a 40 acre piece of land. We are considering a GoFundMe campaign. I’ll post more details as things progress.

In the last few weeks, we have had a lot of snow. Right now the total for the season is close to 80 inches. In some places, we still have 8-10 inches on the ground. In other places, we have mud.

While Spring is less than 15 days away, we will be lucky to have continuous warm weather for some time. Meanwhile, we will peruse the seed catalogs, plan raised beds, start seedlings and do our best to stay out of the mud.

It’s Autumn. The landscape is drying up and the nights are growing colder. In fact, we’ve had a couple of days that were cool enough to merit a fire. Over the last few weeks, between meetings, Celtic Music festivals, family emergencies and the like, we’ve begun to change our routines to match the weather.

We were ‘gifted’ with a truck load of wood. It still occupies a large part of the back yard, but is slowly being cut down to size and stacked to dry. We picked up a bunch of pallets and have been using them as a base for firewood stacks, and garden tool storage. It’s amazing what you can do with pallets.

We’ve slowly been putting the gardens to rest as well. We still have lettuce, rhubarb, squash and herbs in the various beds. I’ve brought in all of the herb pots and distributed them around the house. Seed pods are drying and we will store those as well. We plan to improve various raised beds, build a few new ones and add a truckload of manure to the garden. Our soil is very poor, so making anything grow is a challenge. 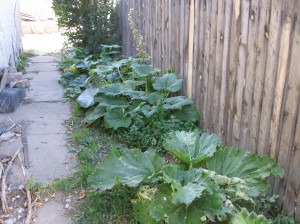 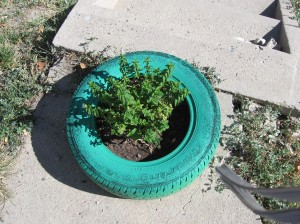 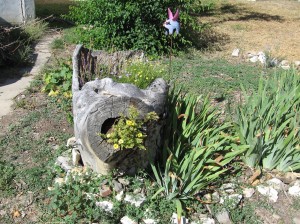 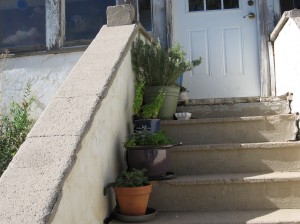 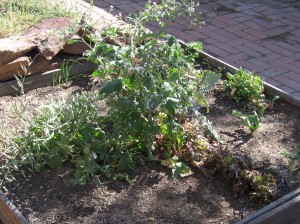 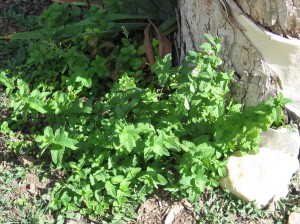 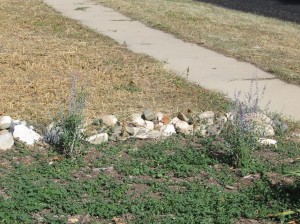 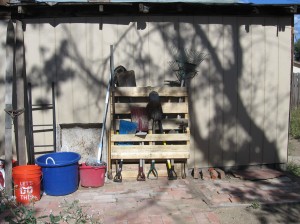 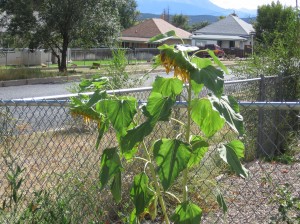 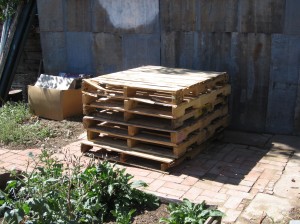 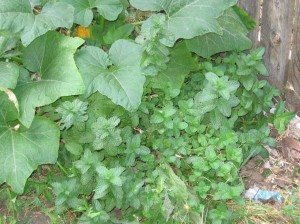 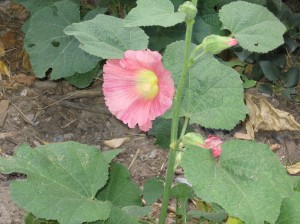 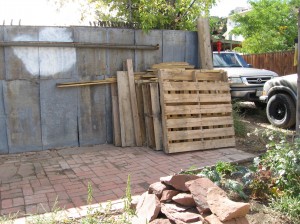 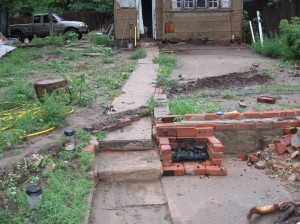 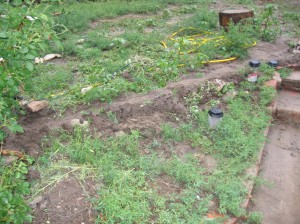 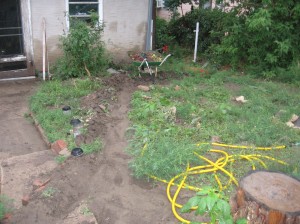 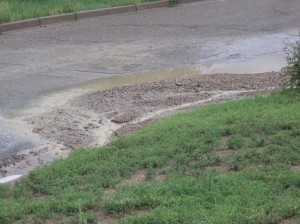 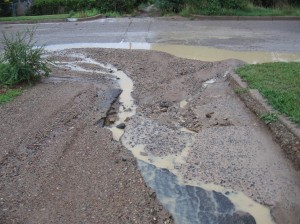 No, we didn’t get the grant. This morning we got a notice via email.

Thank you for submitting your proposal to SpaceGAMBIT. We’ve received so
many proposals that we’ve only just finished evaluating them.  We were only
able to select a few for funding this time around and unfortunately your
proposal didn’t make the final cut.

We will be checking with Space Gambit to see why our application was not accepted. The idea there being to find out what we can improve on to make our grant application better.

Meanwhile we are working on reclaiming the back yard. We will be adding a 10 x 12 ft green house and starting various experiments as we can without grant funding.

As Aaron said, in many ways it was a blessing not to receive funding as we are entering a crazy busy time of year. We shall see.

As the weather warms up, we are beginning to work on a variety of projects. Aaron is cleaning up the lab and I have begun work in the garden. We have a number of projects lined up and one is to clear our back yard enough to build a greenhouse. The greenhouse will be where Aaron works on the plant respiration experiments. We will be starting aquaponics there as well if all goes well. In the meantime, we are gardening in a variety of manners. Among the projects on the list is a keyhole garden.

For those not familiar with this concept, keyhole gardens are raised beds combined with compost bins. They take up very little room and less water than your average garden bed. We will be building one in the yard to see just how they work. Aaron of course wants to hook one into an aquaponics system. That was the subject of a long debate, and it was decided to build and understand a basic keyhole garden first. 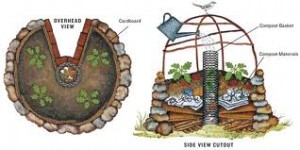 After we understand how this functions, we will see about the aquaponics. As it is, Aaron has a number of tests he wants to run using his Beaglebone electronics packet. 🙂 Below is one of my many recycled planters. 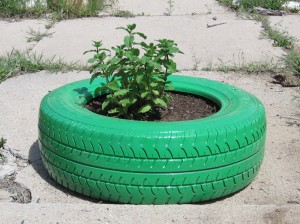